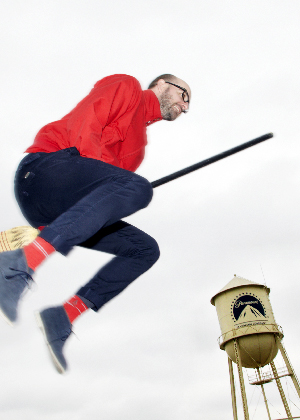 Pâté, also known as Paul Pateman, is a graphic artist with a quick wit and a strong, simple aesthetic. Based in London, he creates concept-led images and type compositions for a diverse collection of personal and commercial projects.

Pâte’s innate ability to convert concepts into colourful and visually arresting images was honed over his successful thirteen-year career as a creative and creative director at two of London’s largest advertising agencies, work that earned him over 130 industry awards, including the coveted D&AD Yellow Pencil twice.

Pâté has been shortlisted three times in the AOI World Illustration Awards forDesign, Advertising and Editorial Illustration, has sat on the D&AD jury and regularly lectures around the country.