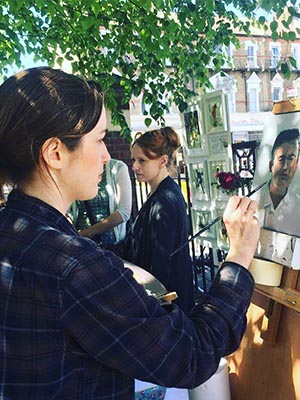 Derby-born artist Helen Perkins is a contemporary oil painter, based in South London. She is self taught, with much valuable input from painters across the country, including the Royal Portrait Society’s Sam Dalby and Toby Wiggins, as well as the very talented Sam Kaprielov. Her work crosses a range of subjects – and she is particularly interested in people, places and objects which share a quiet, mild spirit. Helen’s work has been selected to exhibit at multiple national shows. Several of her paintings are set to star in the background of ITV series Liar, next spring, 2020. Her portrait, titled Davina, has shown at the Society of Women Artists Show, at central London’s Mall Galleries, this September, 2019.
Ten of Helen’s portraits went on tour throughout the North of England, commissioned as part of the Armstrong Watson’s Face Forward project, in 2017
Her painting titled Polly, created in oil on board won a prize at the Cass Art Emerging Female Artist Award at Burgh House in Hampstead Heath, June 2017 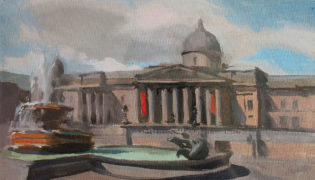 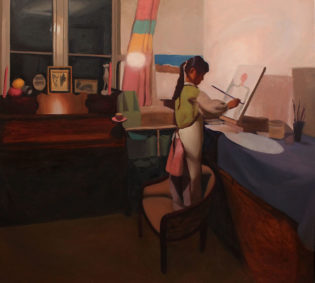 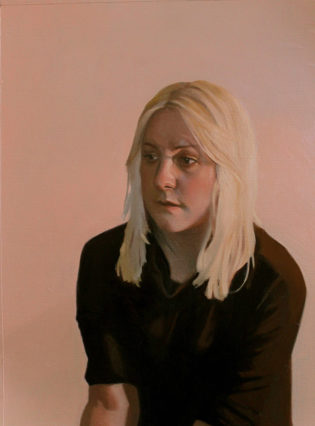