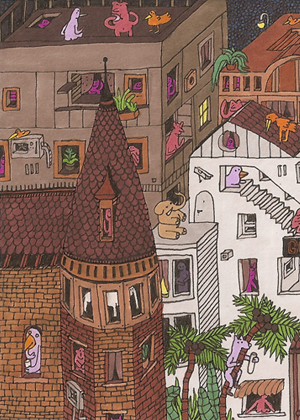 Guillaume Cornet is an artist working with illustration and painting, exploring notions of abstract geometry, influenced by surreal perspectives plus architecture, to construct sometimes monochrome but mostly colourful and vibrant visual spaces. His works tends to be filled with intricate characters positioning themselves in unexpected geometrical environments. Creating a humorous visual language, he frequently depicts unusual and bizarre situations.

“As an Illustrator, I have always worked with Characters/Creatures to communicate my inner thoughts, ideas, emotions and situations. At some point I wanted to create an environment for my creatures to grow, a place where I could let my imagination conquer the entire paper.

I decided to push my limits by combining large format illustration, with extreme detail and precision. Uniting the things in life that inspire me the most: Places + People.

Most of the Cityscape and Favela Series are inspired by densely populated areas from cities which I have visited in South America, along with my personal experience from cities where I have lived and worked: Paris, London, Lima and Barcelona. The Characters are based on people and situations I come across in my daily life. But also by unusual sounds, objects, misunderstandings and the world which revolves around me.

In this digital world I have always preferred to work with traditional techniques and analogue processes. Making each piece of work unique and keeping a close contact with the material through each stage of the creative process.” 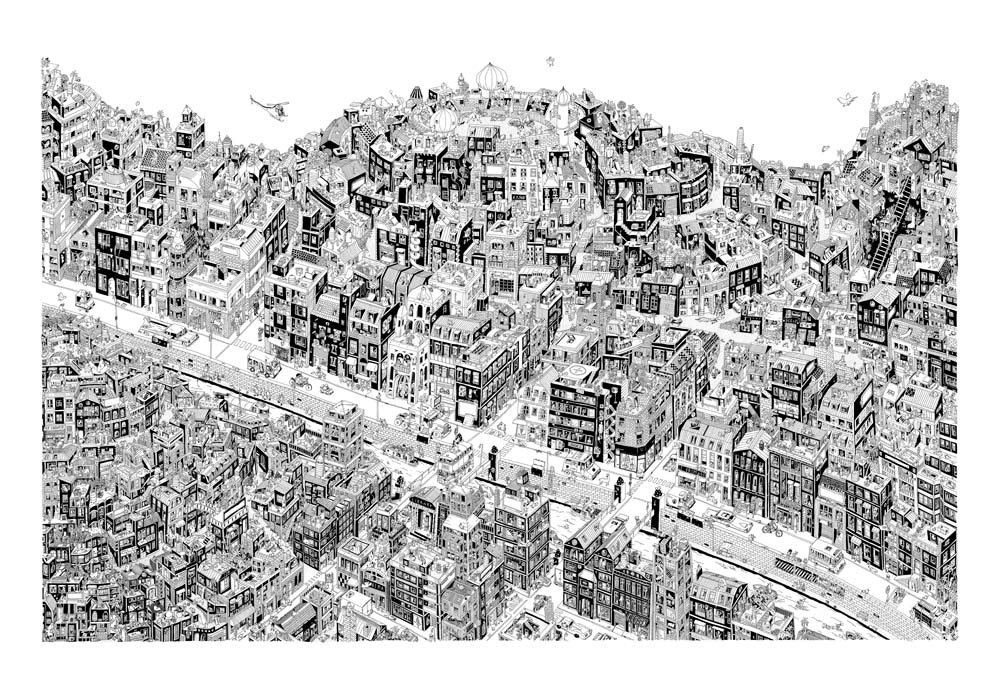 View
Fishing Above The Clouds 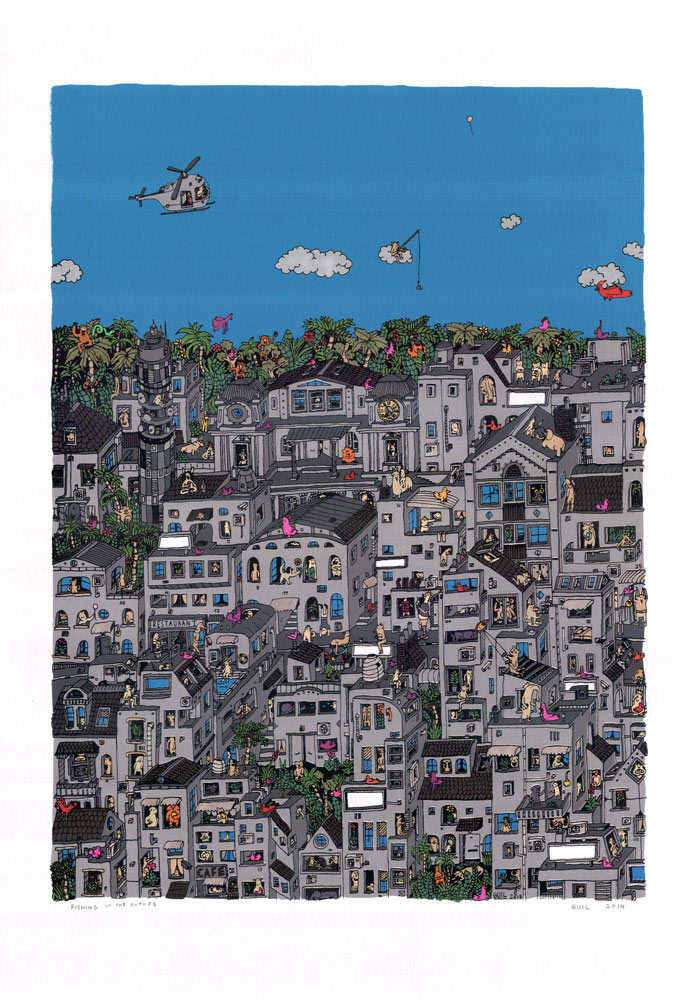 Fishing Above The Clouds