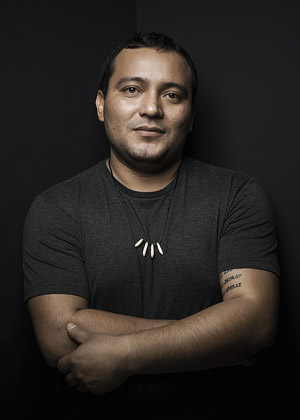 Denilson Baniwa was born in Rio Negro, Amazonas in Brazil. His career as an artist was shaped early in childhood, informed by the cultural references of his people. In his youth, he began his career in the struggle for the rights of Indigenous peoples, and moved through the non-Indigenous universe, seizing references that would strengthen the stage of his resistance. Baniwa is an anthropophagous artist – an artistic movement in Brazil that preceded Modernism, and which sought to transform colonial logic through Brazilian Indigenous cosmogony – as he appropriates Western languages to decolonise them in his work. 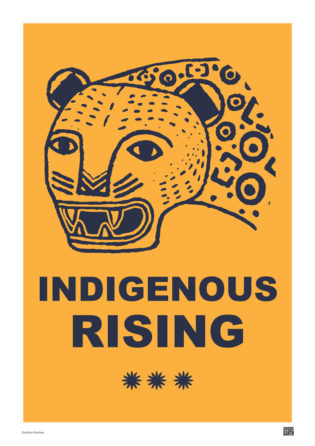