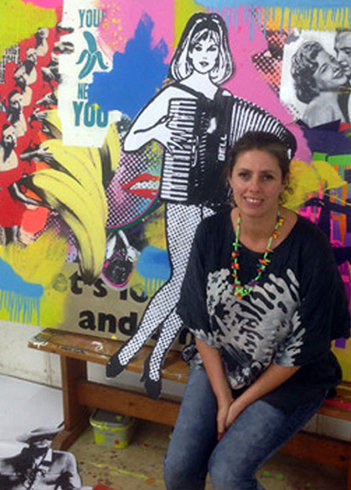 Shuby’s street art began in 2006 with work inspired by the singer and dancer Josephine Baker, illustrator Martin Sharp and film maker Busby Berkeley’s, ‘Lady In The Tutti Frutti Hat’. The common motif of the three being the banana. Shuby has pasted her collaged posters in many destinations around the world from busy cities like New York, London, Paris and Sydney to abandoned worlds of Doel, Belgium and Teufelsberg spy station, Berlin. Her banana and bunny motif have become a naughty but innocent calling card, instantly recognizable and intrinsically humorous. Following the growing interest in Shuby’s street art, a live work art residency at Bow Arts Trust in London was offered where she began her studio practice. Since then she has developed a distinctive style with a wide range of varied source material that encompasses found photos to images inspired by the iconography of retro film posters, advertising and pop images. These are all deconstructed, reworked and punctuated with her evolving motifs. She now has a studio in Hastings where she continues to paint, make print editions and work on commissions.

The Gangs All Here 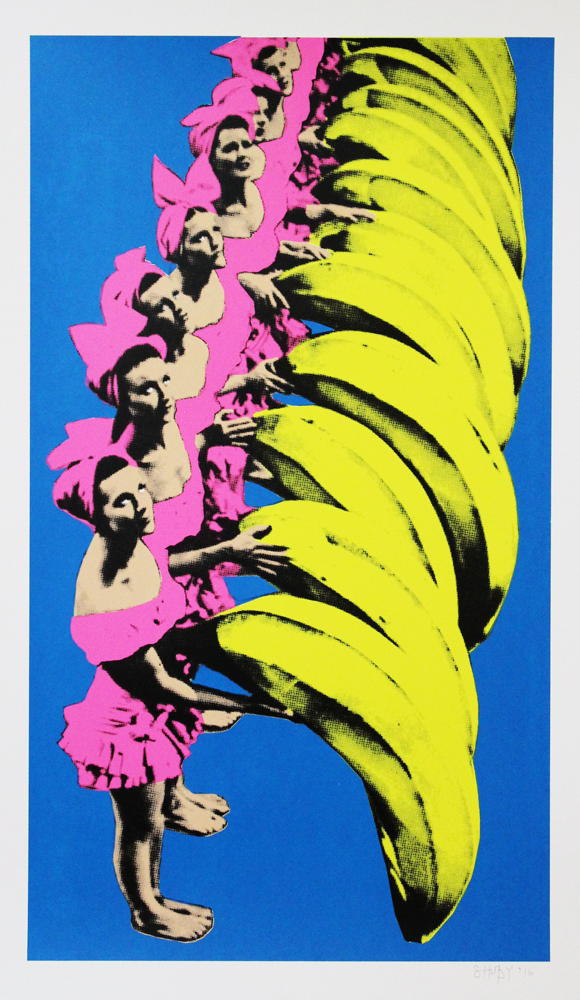 The Gangs All Here