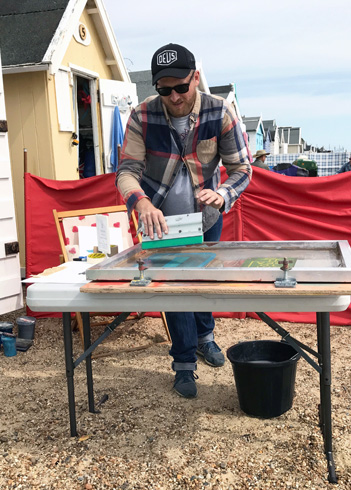 A graduate of the Royal College of Art, Adam lives and works as an artist in Cambridgeshire.

Since his graduation in 2006, he has exhibited widely in the UK, America, Europe and Asia. The British Museum, the V&A, UBS, Boeing Asia and Debbie Harry are just some of the collectors of Adam’s work. In July 2009 Adam was awarded his first major public art commission by Commissions East. He has since gone to complete a number of important projects, including work for YouTube, Google, Heal’s, Airnimal bikes, Commission Projects, SmartLIFE, Jacuzzi and Eastern Pavilions.

Whether descriptive of change or constancy, Bridgland’s work keys into our desire to remember and relive, and plays upon our tendency to elevate our shared memories with the rose-tinted, wistful spectacles we don when thinking of the past, as well as the future. His depictions of identity and belonging, nostalgia and emotion give to his work a hugely personal aspect, and are influenced by a graphic and visual tradition that is quite specific to Britain. Yet his subtle combinations of image and related text play on everyone’s perceptions of shared occasions. Perhaps then it is the delicately précised power of the experiences he attempts to capture that make Bridgland’s work so accessible to all.

Making Eyes Across The Room 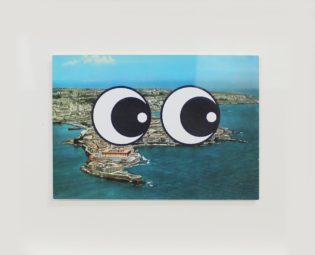 Making Eyes Across The Room 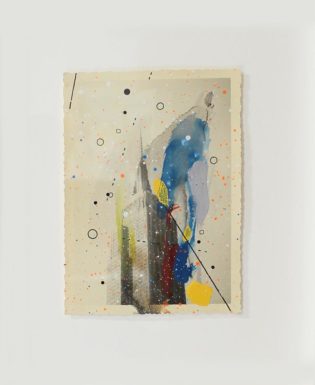 View
My Heroes Play Their Tunes To Empty Rooms 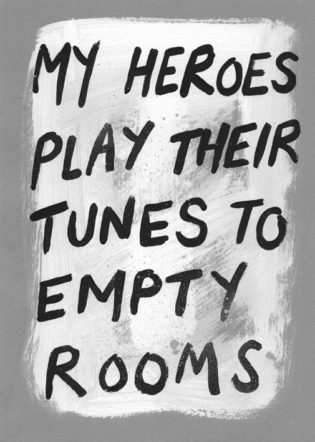 My Heroes Play Their Tunes To Empty Rooms

View
Very Little Control at 5am 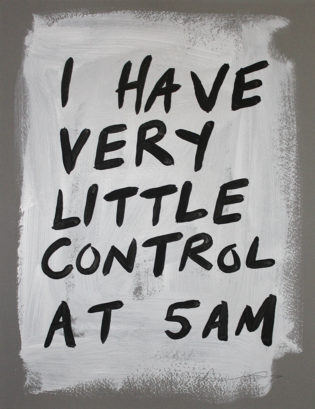 Very Little Control at 5am

View
Look Up I Put Your Flag On The Moon 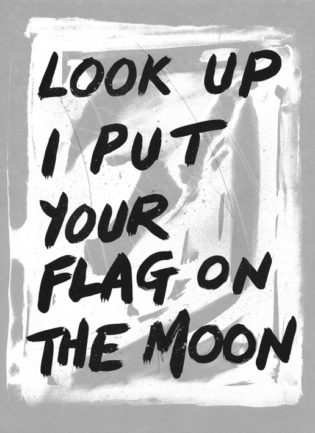 Look Up I Put Your Flag On The Moon

View
Look At The Sky Because Everything Is Alive, 2018 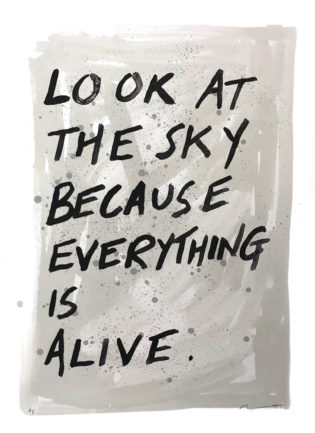 Look At The Sky Because Everything Is Alive, 2018 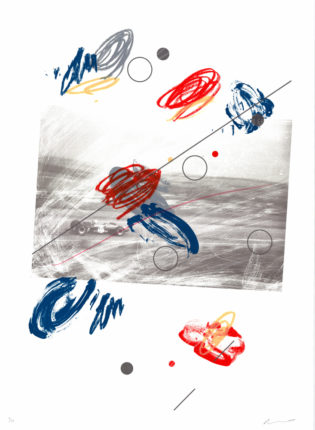 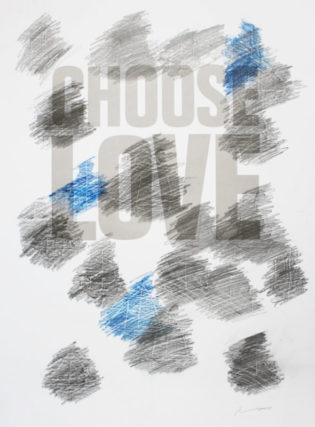