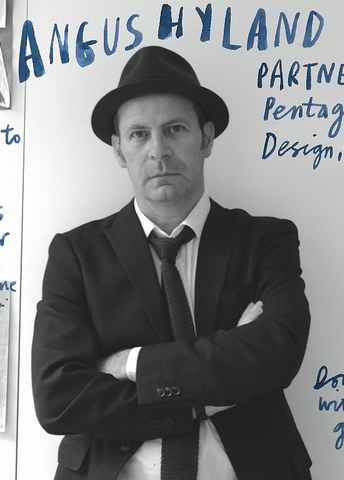 Hyland studied information design at the London College of Printing and Graphic Art and Design at the Royal College of Art. After running his own successful studio in Soho in London for ten years, he became a partner inPentagram’s London offices in 1998.

In 2005, Hyland was appointed consultant creative director to Laurence King Publishing, where he oversees all aspects of design and brand management and is responsible for generating new book concepts.

Hyland’s work has been widely published and exhibited and has received over one hundred creative awards including five D&AD Yellow Pencils and the Grand Prix from the Scottish Design Awards. He also featured in Independent on Sunday’s “Top Ten Graphic Designers in the UK”.