The distinctive style, quirky nature and attention to detail doesn’t waiver in Wes Anderson’s latest creation ‘Isle of Dogs.’ Print Club popped down to The Store, 180 The Strand to take a peek at Anderson’s creations.  This exhibition offers a behind-the-scenes look at 17 sets and puppets for the stop-motion picture.

You can get up close and take in all the detail while, the movie score plays in the background! If beautiful sets, puppetry and the soundtrack playing around you isn’t enough additionally, there’s a noodle bar pop-up inspired by Megasaki restaurant that is home to one of the characters in the film.

The exhibition runs until 5th April 2018, so you don’t have long to catch a glimpse at the inner workings of Wes Anderson’s latest creation!

Stop-motion-animated film from writer/director Wes Anderson, an outbreak of canine flu in Japan leads all dogs to be quarantined on an island. A boy journeys there to rescue his dog Spots, and gets help from a pack of misfit canines who have also been exiled. His quest inspires a group of dog lovers to expose a government conspiracy. The voice cast also includes Bryan Cranston, Edward Norton, Bill Murray, Scarlett Johansson, Tilda Swinton, Bob Balaban, Greta Gerwig, and Yoko Ono. 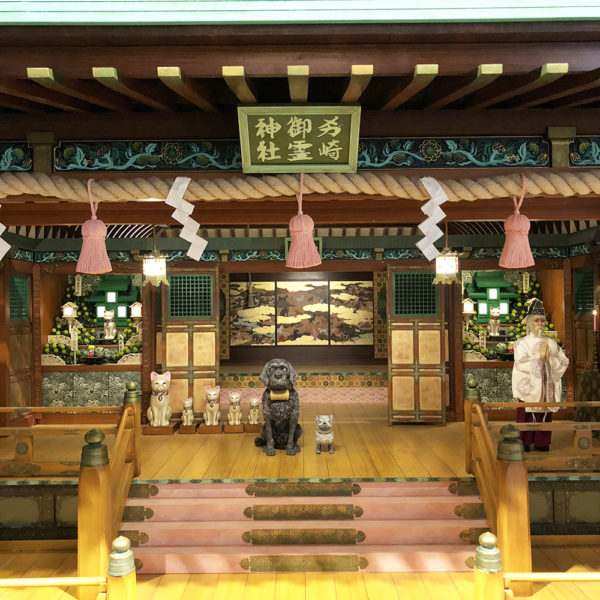 If you like Wes Anderson, we have a print inspired by his film ‘The Royal Tenebaums’ by Concepcion studios 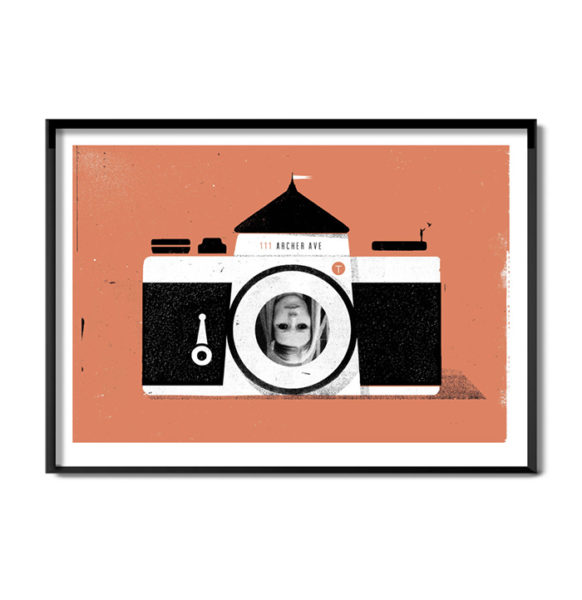