If you’ve recently been to Kew Gardens you may have seen the newly refurbished Great Pagoda. Our long term Print Club member and artist Lucille Clerc had the honour of creating murals within the pagoda which climb all the way up inside the building. Lucille has produced 14 limited edition screenprints inspired by her visits to Kew Gardens, check them out below! 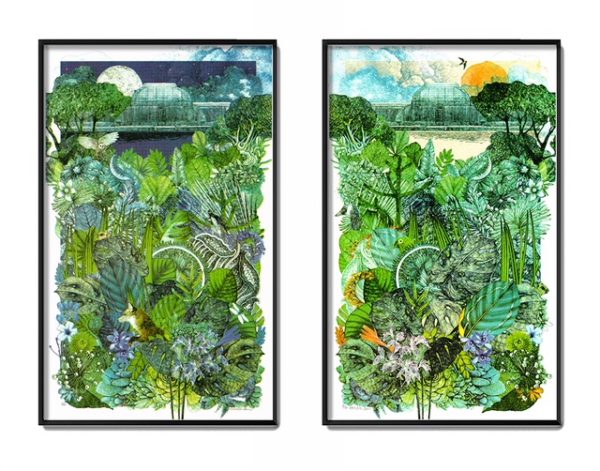 Having spent quite some time in the Gardens and even more while creating this project, Lucille carries on gathering a body of work around the botanical theme. Something she started years ago with her show “Wild Botanicus” here at Print Club London’s Gallery. Since then she’s been exploring the idea of conservatory, the relation between architecture and nature, constructed and cultivated, tamed and wild, endangered and protected.

Here is a new series inspired by Kew Gardens, a collections of sketches reflecting the sensation of wandering, the endless discoveries and hidden inhabitants and variety of species of the gardens, and the beautiful structures protecting the collections. 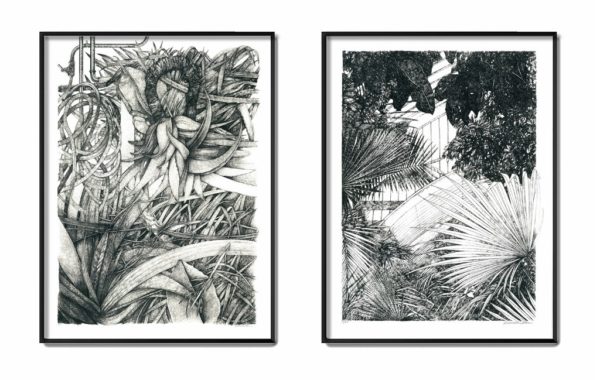 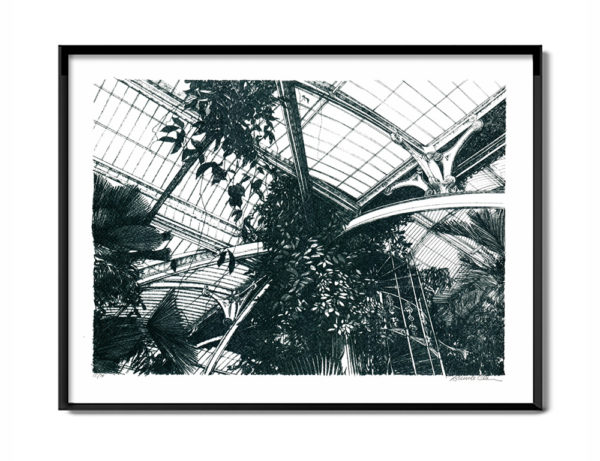 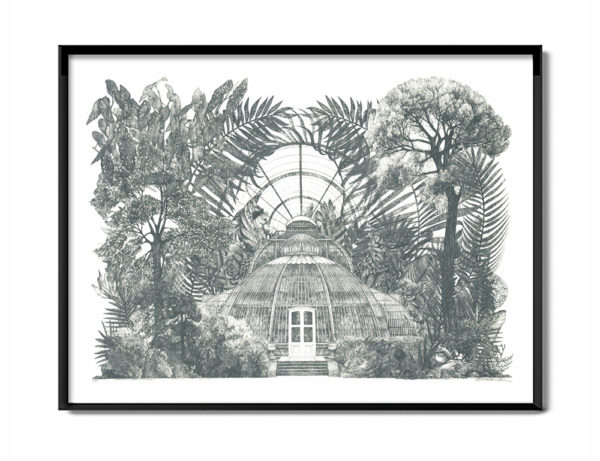 The Great Pagoda was designed by Sir William Chambers, architect to King George IV, and completed in 1762 as a gift for Princess Augusta, the founder of the botanic gardens at Kew. It is a ten-storey octagon tower, standing at almost 50m and it offered one of the earliest and finest bird’s eye views of London. 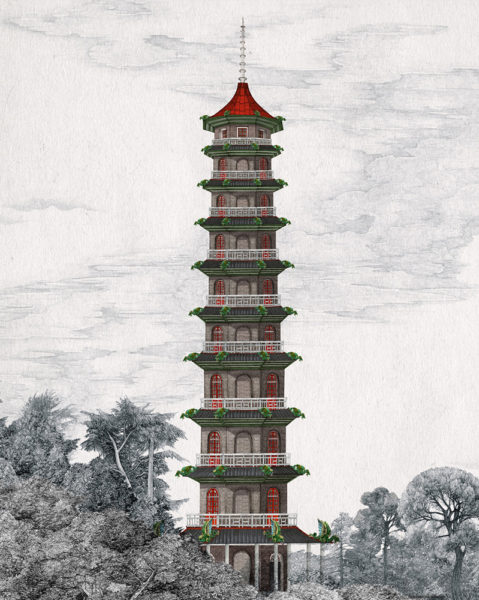 Chambers studied oriental architecture in China, but when he designed Kew’s pagoda he ignored some of the rules. Pagodas should have an odd number of floors, traditionally seven (rather than ten), believed to represent seven steps to heaven. Yet The Great Pagoda was the most accurate reconstruction of a Chinese building in Europe at the time. It was originally flanked by a Moorish Alhambra and a Turkish Mosque, and 17 other follies from classical temples and ruins to eastern-inspired buildings that were all the rage in the great gardens of the time. 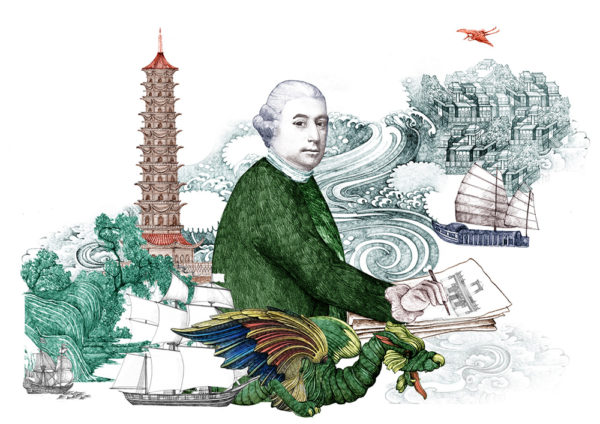 Historic Royal Palaces just refurbished The Great Pagoda and after months of work by a whole team of passionate historians, designers and craft-makers it is now back to its original 18th century splendour. This includes the original 80 dragons which originally adorned the roofs, each carved from wood
and gilded with real gold.

Lucille always had a thing for Kew Gardens since her first encounter with the Pagoda when she was 4. She’s been a member of Kew Gardens when she first moved to London and the gardens have been a source of inspiration in her screen prints since then. 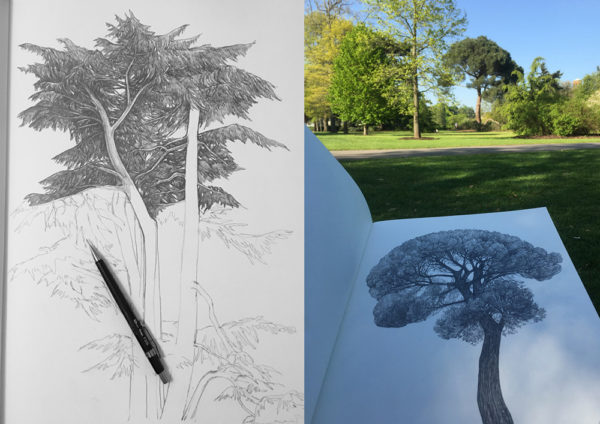 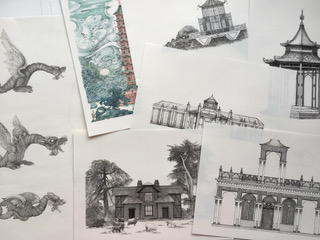 Lucille won the tender set by Historic Royal Palaces for the creation of a mural inside the Pagoda, on the ground floor. The brief set by HRP and Skellon studio evolved as the project developed, and the initial illustrated panels changed into a whole mural.

The project grew over a few months from research, sketching the trees on the way to the Pagoda, portraying Sir William Chambers, King George IV and his mother Princess Augusta based on Kew Palace’s archives, drawing the two giant trees that surround the doors to scale with all their bark details, and leaves, stylizing iconic botanical species and animals present at the time in the gardens (based on curator Polly Putnam’s research) to find a style combining 18th century references and contemporary expectations. 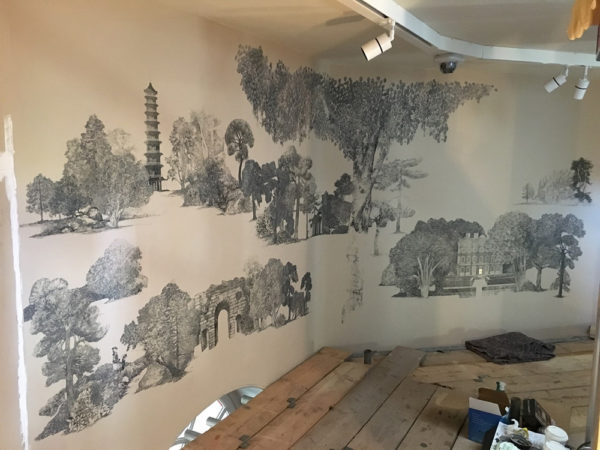 Big thanks to project manager Tom Bennett and project director Craig Hatto, all the gentlemen at Bluesky, painters and scaffolding team, curator Polly Putnam, designers at Skellon Studio for this amazing adventure! And Farrow and Ball for being such a supportive sponsor, and providing such great quality paint (what a treat!) 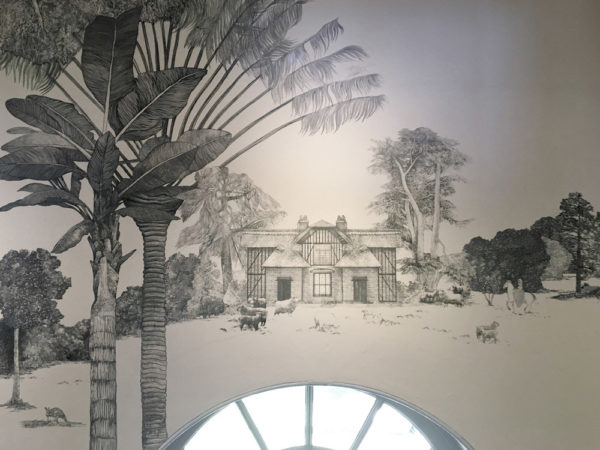 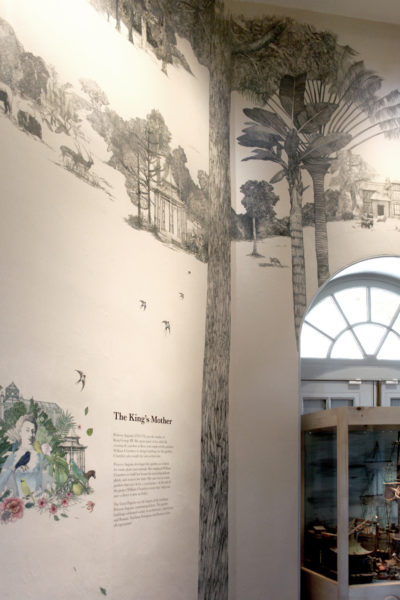 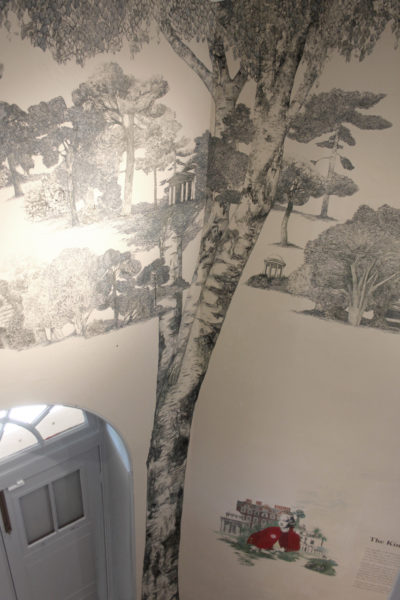 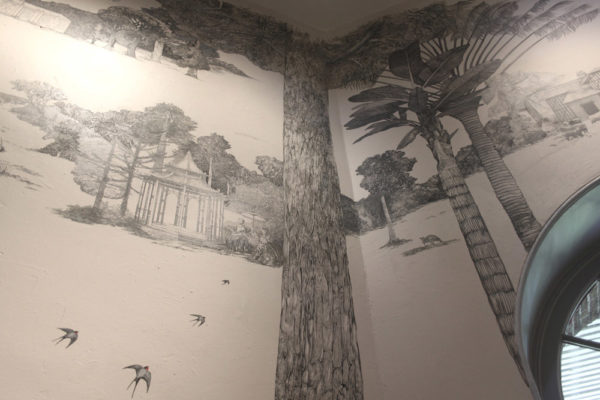 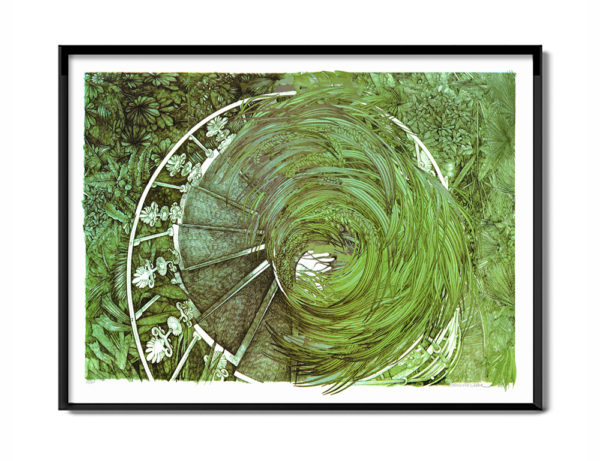 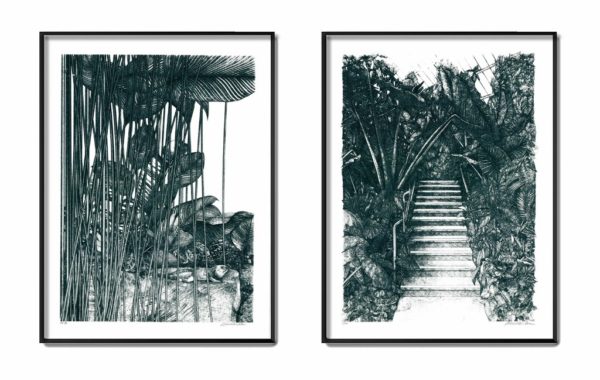 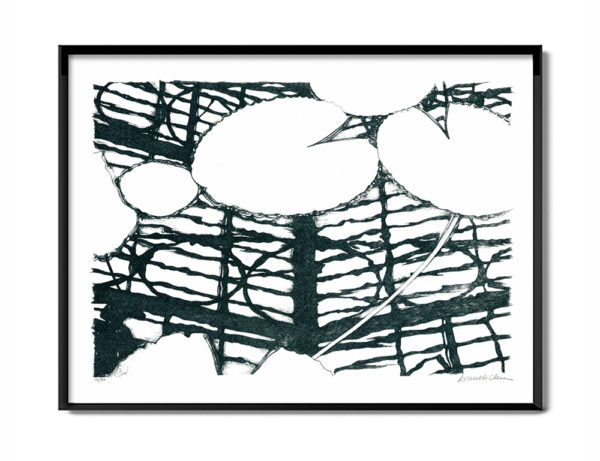 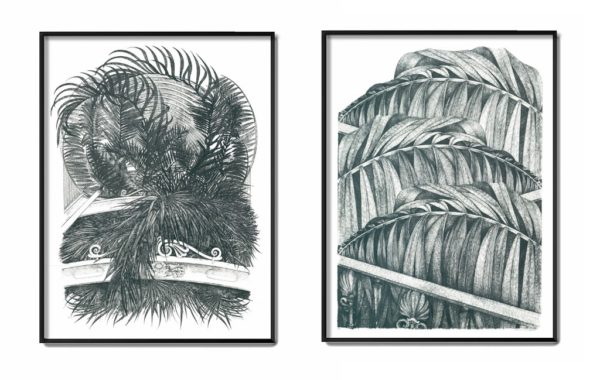 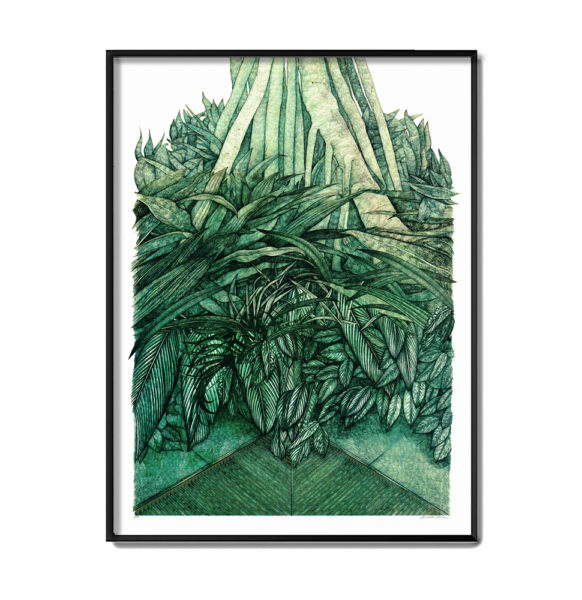