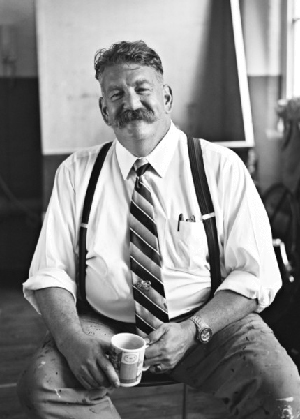 Mike Meyer is a sign painter from Mazeppa, a small rural town in Minnesota. He has run his own business since 1989 and, as well as hosting many in his own shop, regularly travels the world to attend and support Letterheads sign painter events. He is an ambassador for the sign painting business and, in 2012, his dedication was recognised through an appearance in the internationally acclaimed film, Sign Painters. In 2013 he held his first ever hand-lettering workshop in Christchurch, New Zealand, and this has now gone on to inspire people in dozens of cities, including London, Paris, Amsterdam, New York and Sydney. In his own words, ‘Nothing can replace the ‘power’ of what a brush in your hand can produce’.

Think Of The Obvious & Do The Opposite 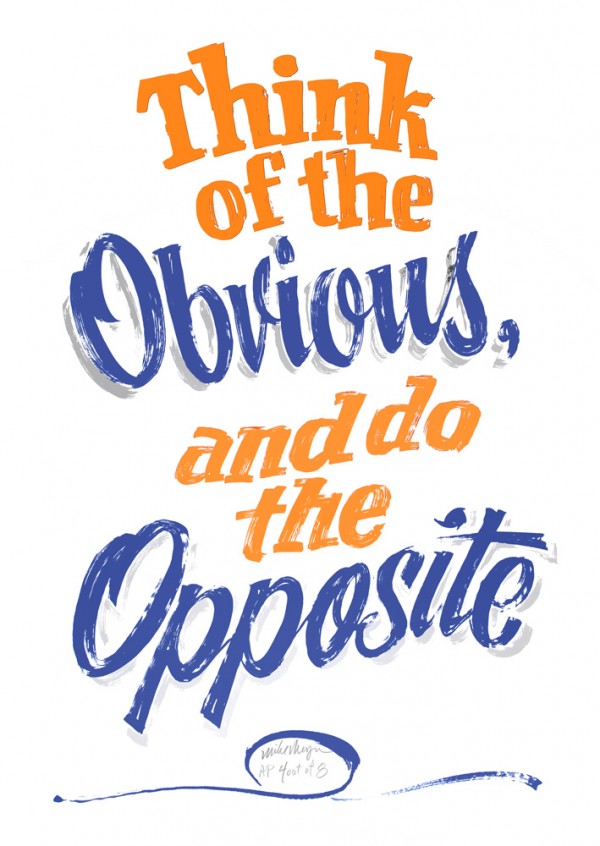 Think Of The Obvious & Do The Opposite