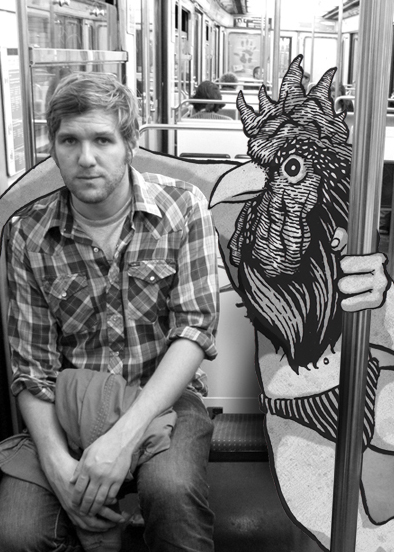 Mat Pringle was born in South London where he spent an idyllic childhood climbing trees and drawing dinosaurs.  After a few false starts he studied graphic design at the London College of Communication before eventually stumbling his way into the murky world of illustration.  He now spends his time doing fantastical figurative illustrations often with obsessive attention to detail, working predominantly with dipping pen and ink.  In the last few years he has expanded into screen and lino-cut printing which has led to teaching a BRIT Kids course in Illustration and Printmaking at the BRIT School.  He still draws dinosaurs only not quite as well.

His work has featured in exhibitions including Pick Me Up, a number of Gallery 1988 group shows, ArtCrank, Pictoplasma Paris and Print Club’s Blisters On My Fingers. Clients include Little White Lies, Fright Fest Originals, Branch, Threadless, Miles To Go and Get A Grip. He is also a member of Puck Collective. 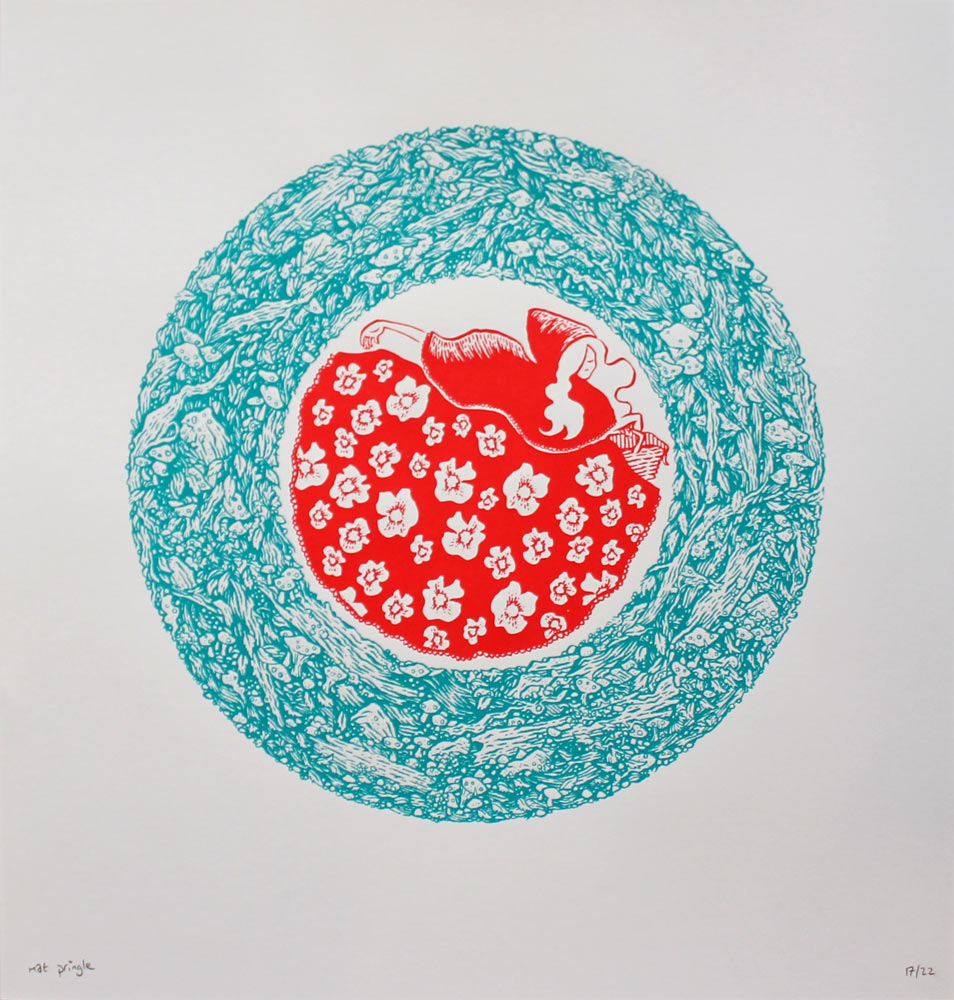 View
Come Back From San Francisco 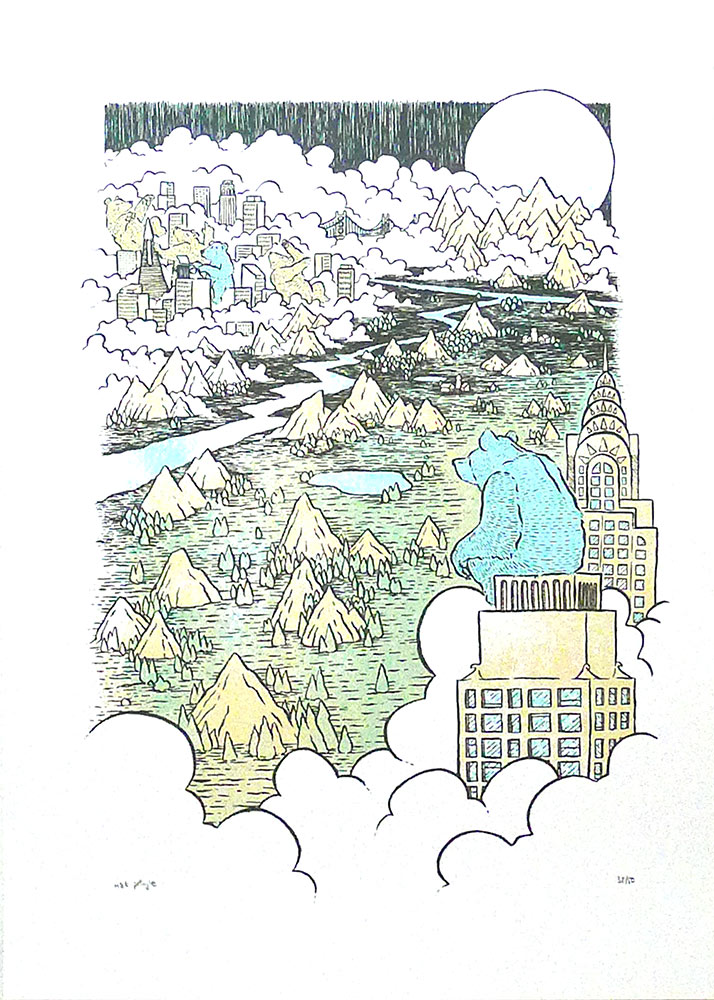 Come Back From San Francisco

View
Metamorphosis of the Spirit Bear 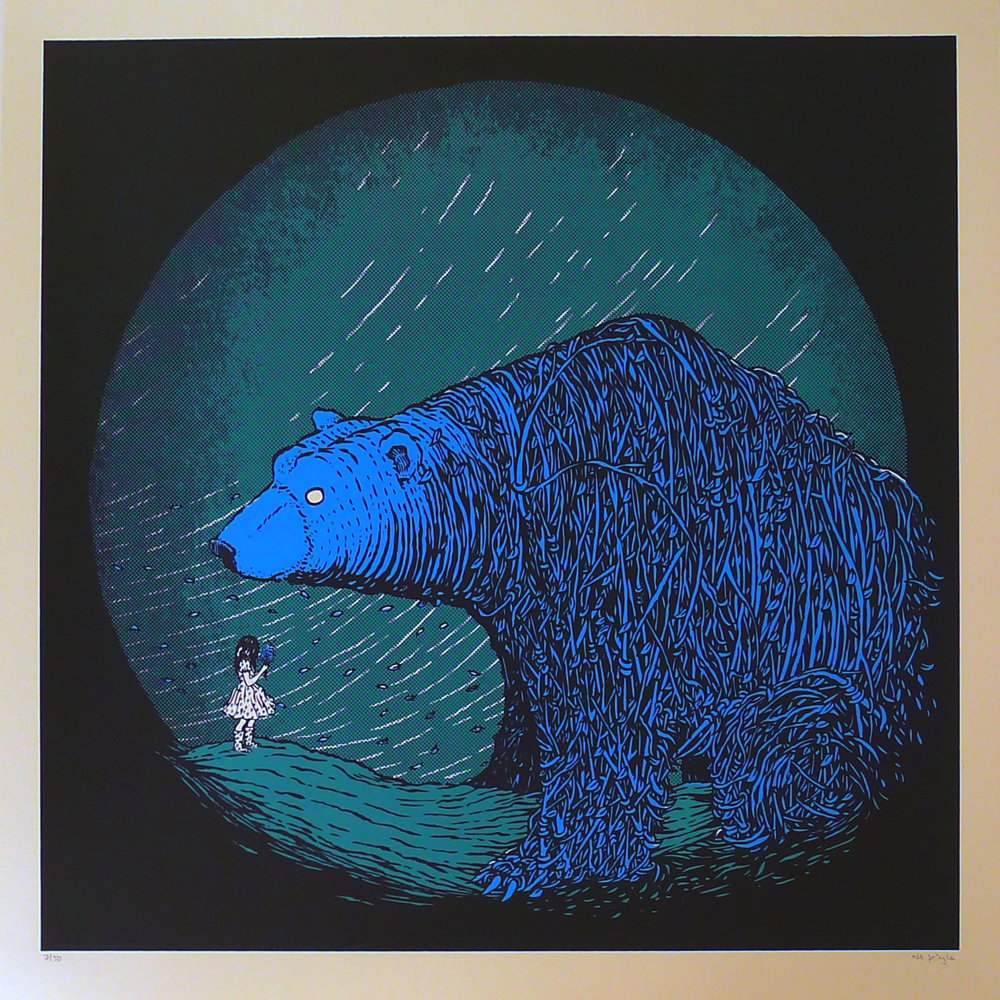 Metamorphosis of the Spirit Bear