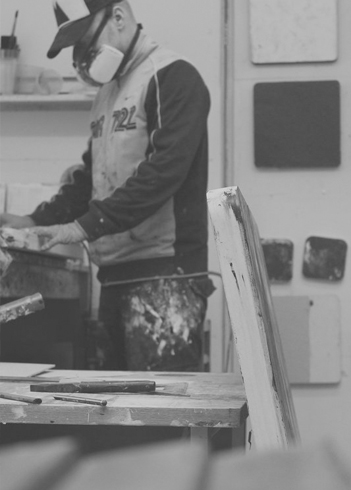 Mark Charlton is a Brighton based artist who produces mixed media abstract paintings and prints. His art explores a futuristic vision of space exploration from the perspective of the 1950s telling a story through a stylised visual language.  The work represents fragments from salvaged space vessels that have reached the deepest depths of the universe. From the fictitious beginnings of ‘The B-12 Module’ and its scientific mission to Pluto his collections of work track an ongoing journey inspired by a mid century optimism of an unknown but enthralling future of galactic discovery.

Mark was born in Margate in 1976 and studied at the North East Wales Institute of Art and Design, gaining a BA Hons in Animation Design in 2001. After spending many productive years working as a freelance animator and motion designer primarily in the music industry, he devoted his time to developing his own style in mixed media art. He currently resides just a few miles along the coast from Brighton a city that he loves for its constant artistic inspiration, vibrancy and positive outlook. 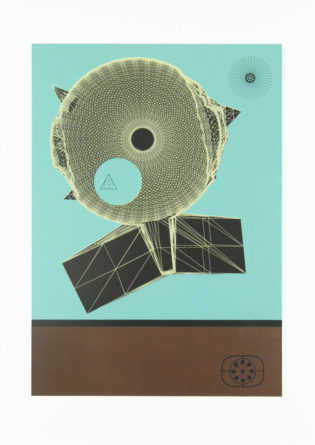 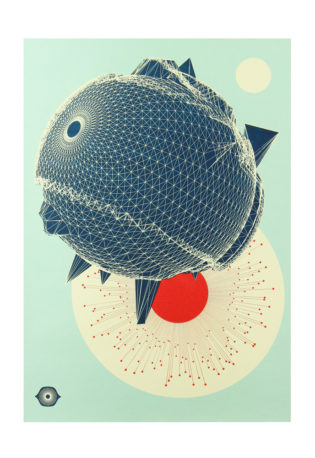 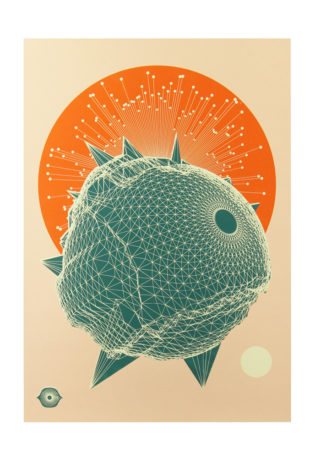