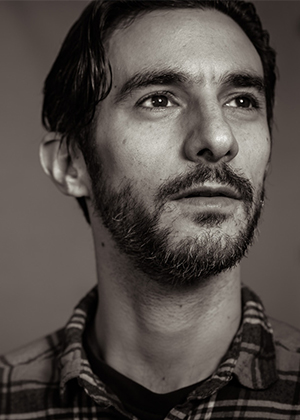 Luke Pantelidou aka LP is a freelance artist, illustrator and screen printer from London. His interest in drawing was first inspired by his parents record collection which featured eclectic album covers from the 60s and 70s, so LP are fitting initials. He has spent over 20 years working in various areas of the visual arts including photography, graphic design and video production. He’s come full circle and now concentrates his efforts on illustration, poster design and screen printing. Screen printing is the perfect medium to bring his varied works from mind to paper, much of which features portraits of cultural icons and familiar characters with reoccurring elements and a strong emphasis on colour, bold shapes and line-work.

Music plays a big role in his life and his involvement in the UK rave scene and DJing has influenced his work. He sites surrealism, film, psychedelia and 90s rave flyers among his influences.