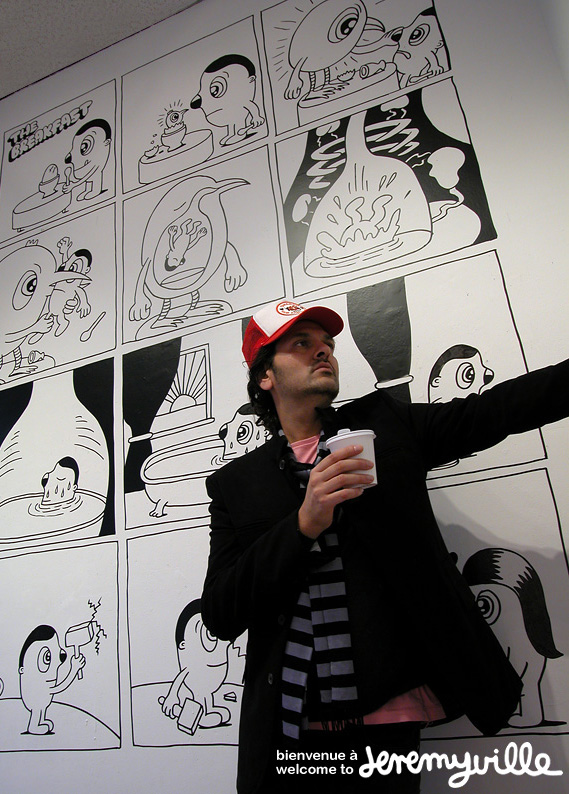 He wrote the first book in the world on designer toys called ‘Vinyl Will Kill’, in 2003, and his 2nd book ‘Jeremyville Sessions’, (both published by IdN, distributed by Gingko).

Jeremyville has been in group shows at the Andy Warhol Museum in Pittsburg, Colette in Paris, the Madre Museum in Napoli, the 798 Arts District in Beijing, and Giant Robot in New York. Converse has released 2 Jeremyville Chuck Taylor high tops, and Kidrobot have released several of his designer toys. He also regularly speaks at creative conferences, having spoken at Pictoplasma in Berlin, and in Oslo, with upcoming conferences in Argentina, New York and Brazil.

He now splits his time between his 2 studios in SoHo, New York City, and by the ocean at Bondi Beach in Sydney. He travels around the world often, and his studio is also wherever he opens up his sketchbook and starts drawing. 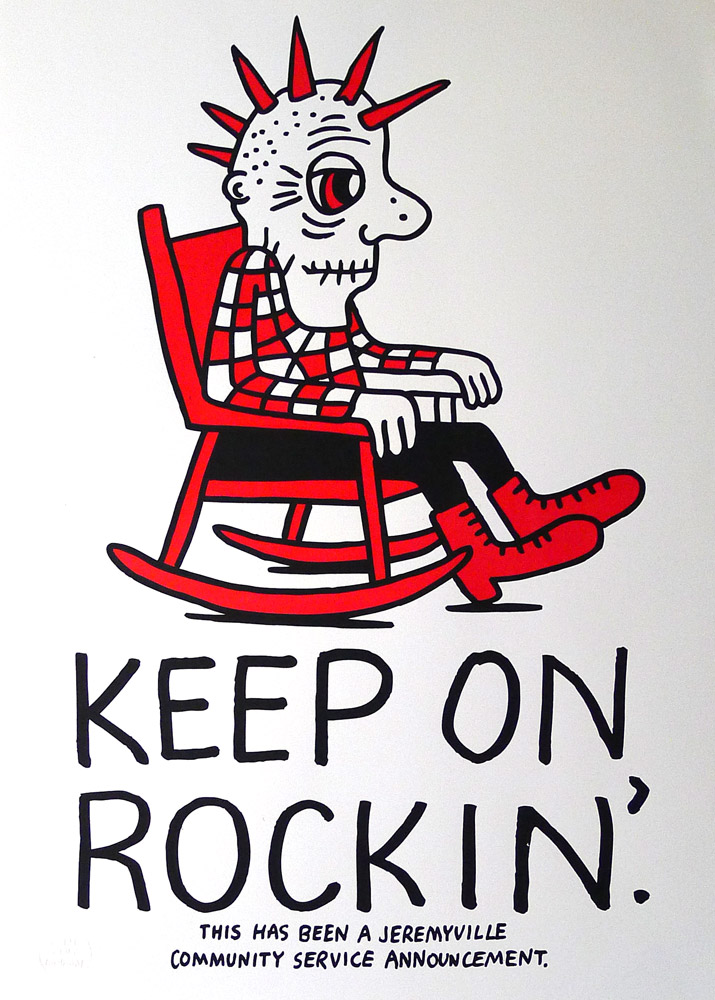 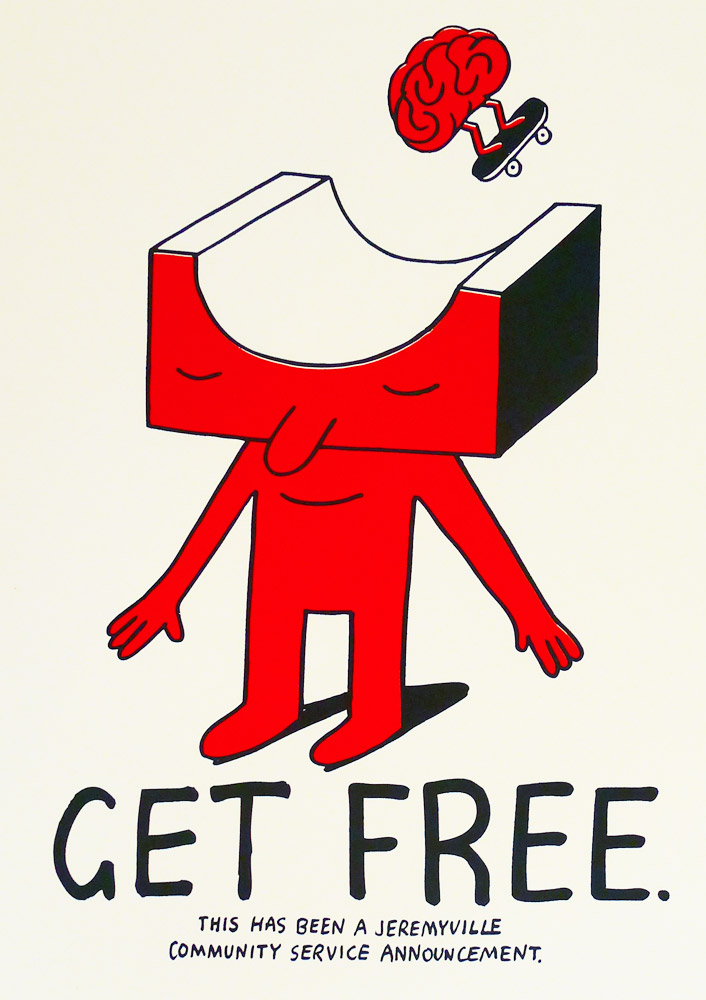 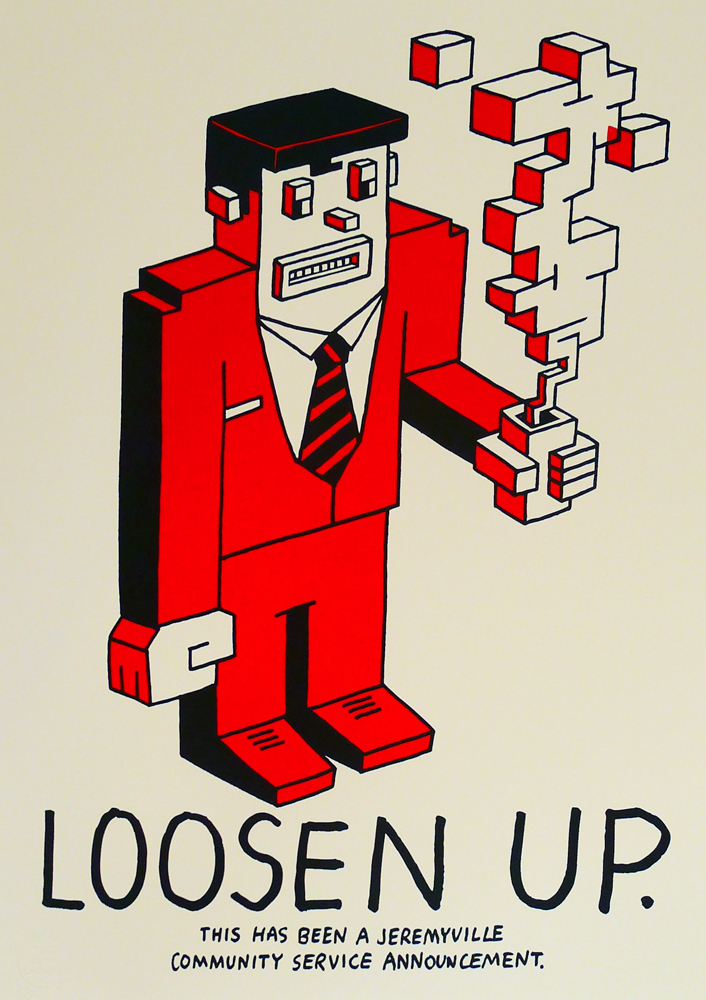