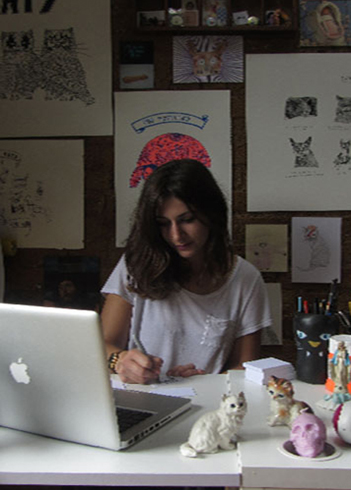 Hannah Prebble likes to make things that remind people that life’s too short to take things too seriously! Her hand drawn quirky characters and tongue in cheek slogans aim to provide relief from monotony with witty nuggets of joy.  Influenced by outsider art, DIY culture and old school flash tattoos, Bans’ work treads a fine line between kitsch and hip and condenses her images down into bold statements that draw upon and playfully mock modern mainstream media. This fascination with popular culture and anything deemed as bad taste has led her to focus her artwork on animals, especially pets, due to their almost celebrity status in each and every household.  Ascribing them human traits and accessories, they become extensions of ourselves and offer a wry social commentary.  A Painting Graduate, Bans has only in the last year realised her dream of becoming an illustrator and is starting a Masters in Illustration at Camberwell in September, so watch this space! 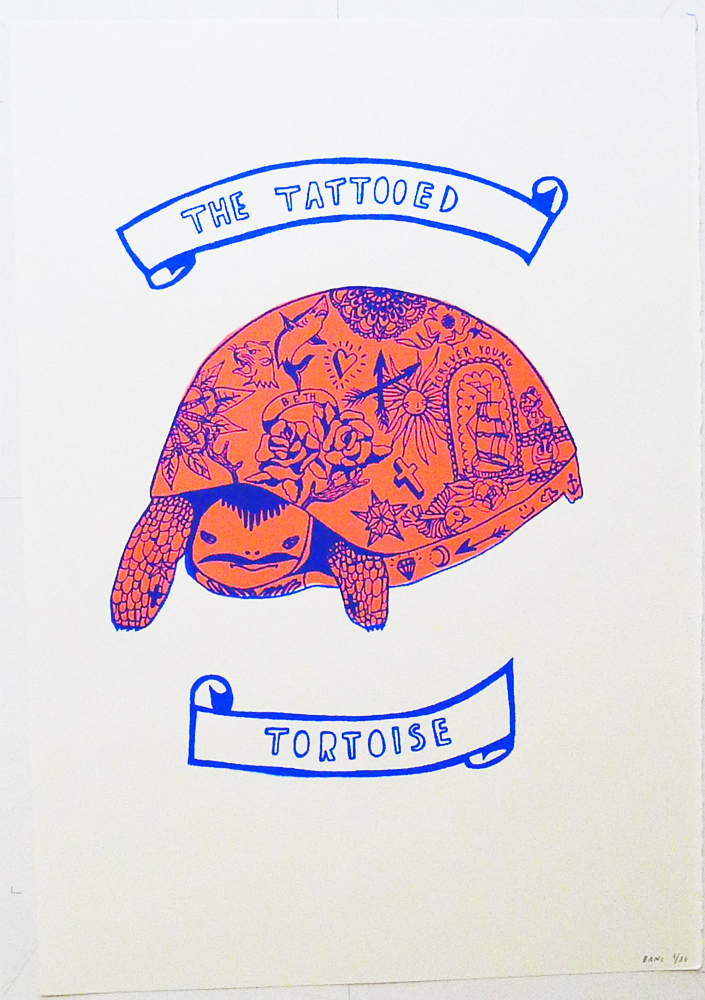 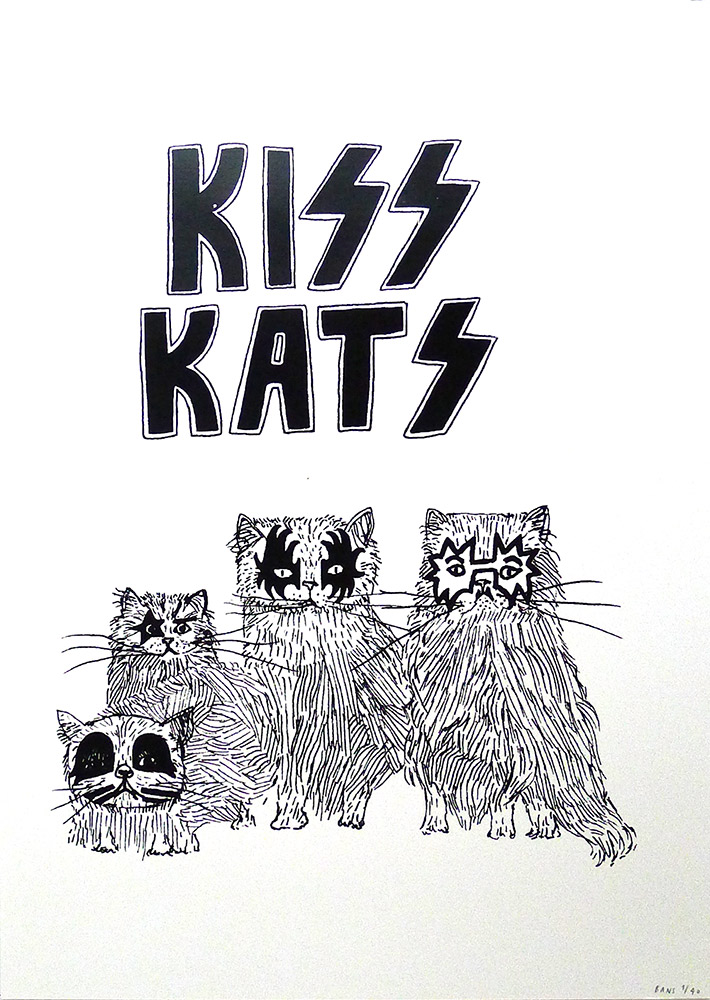 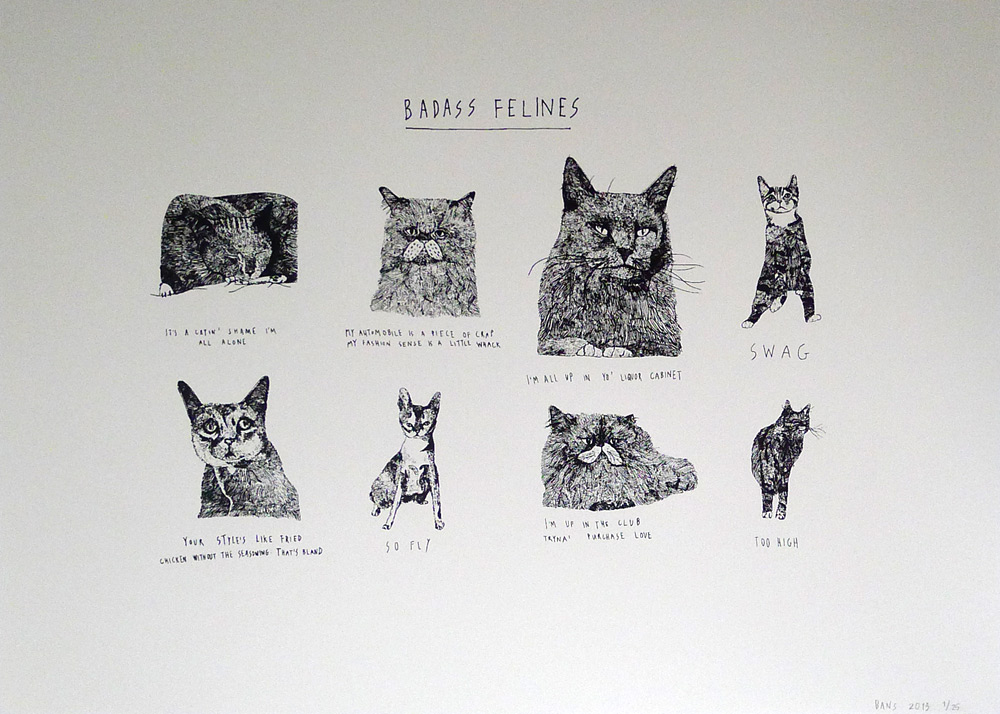 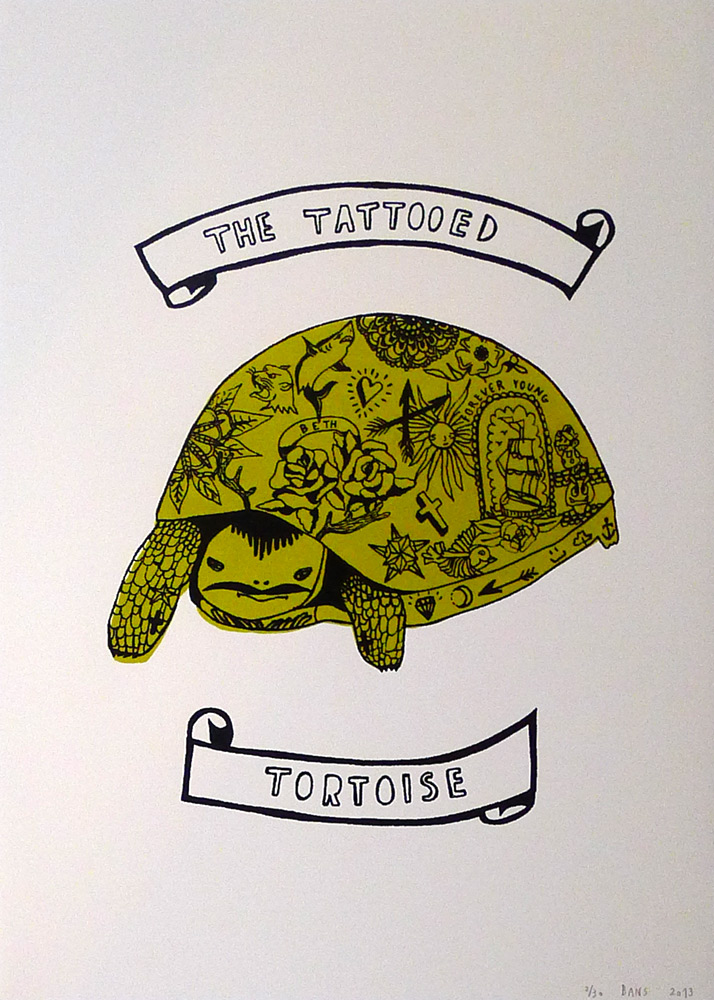 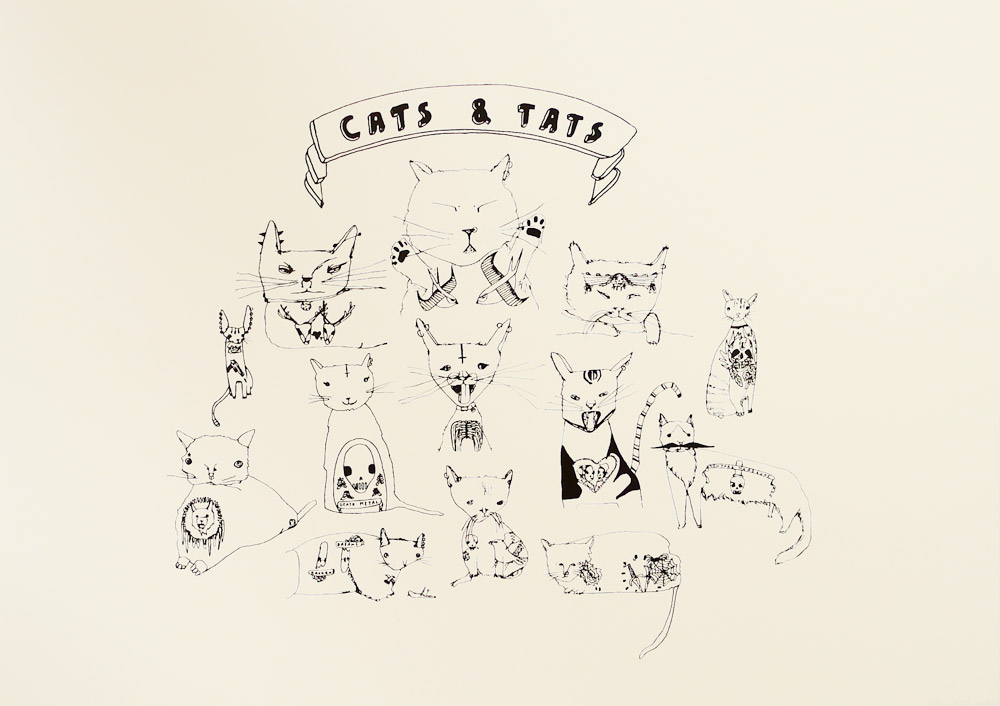